Home Faith What Is The Point of Religion? 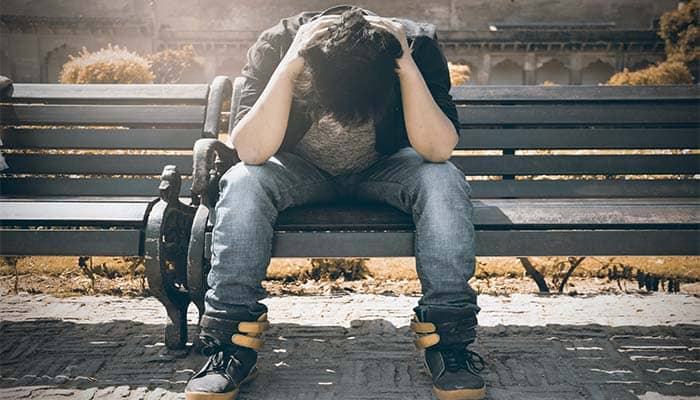 Religion shows you what to do with your pain. Good and mature religion teaches you how to transform your plight, rather than pass it on or use it as a weapon, either against yourself or others.

If your faith doesn’t give you a healthy way to deal with your pain, you need a new faith. If your church doesn’t answer the question “What do I do with my suffering?”, you need a new church. Sadly, most churches don’t answer this question. Most churches care more about attendance and budget than modeling the ways of Jesus. We would rather use Jesus as a marketing strategy than as the Way to deeper, truer life. In churches like this, the cross becomes more about insurance for eternity than a model for how to live right now.

Jesus came to save us from hell right now, in this life. Better put, Jesus came to us show how to experience life. That’s a good thing, because many of us live in hell at this very moment. We assume true life is a pipe dream, a fairy tale. We cannot, will not, taste true life until we breathe our last. Life has dealt us too hard a blow. We’ve experienced too much pain, endured too much loss and failure. So we meander through our days, longing for that day, when we leave this world and bump shoulders with Moses and Paul and Tupac.

Meanwhile, we harbor cynicism and bitterness and resentment, and since we assume it is just our burden to carry, we do nothing with it. That’s not possible, though. You can’t do nothing with your pain. If you don’t transform it, you will transmit it, as Richard Rohr says. If you don’t give your suffering to God, you will take it out on others. Or you will take it out on yourself. Guaranteed.

WHAT HAPPENS WITHOUT HEALTHY RELIGION

In a world where people don’t have healthy religion, individuals and groups of individuals blame and accuse. Large swaths of humanity become victims or play the victim. Being victimized by others or victimizing others becomes your identity. You have an atmosphere where people are easily offended, and where the greatest goal is to have the last word, to seek power above all else. Those in power almost always have the last word.

When a chronic illness confined me to the bed, I would lay there, day after day, writhing in pain. It was awful. I didn’t think my plight was fair. It wasn’t fair. Chronic illness fractures relationships. I furthered the divide, though, by expelling my pain onto Tiffani. I would blow up on her for no reason, because she walked in the door or asked me how I was doing, silly things like that. I was overwhelmed with pain, and I thought I could get rid of my pain by hurting her. It worked the way cocaine works, though, at first you feel better, then you feel worse than you did before.

Eventually, she talked to me less and less. Some days we didn’t talk at all. I knew this hurt her. Quality time is her love language. I wounded her with my silence, and I did it on purpose. At the lowest, darkest point, I wasn’t sure if she would come home after work. I wouldn’t blame her if she didn’t. But she did. We celebrated our twelfth anniversary last year.

Rather than holding my own pain, I took it out on other people. I caused more suffering.

We do this, don’t we? For some reason, our natural response to pain is to find some place to expel it. Doesn’t matter if we hurt those closest to us. As long as we don’t have to feel this anxiety and discomfort and restlessness, we don’t care.

Then, you have the other side. Those who play the victim. Those who believe that, for whatever reason, they must suffer. Suffering is their identity. These people sacrifice their well-being at the expense of the world. They don’t believe they have self-worth or their self-worth is tied up in the self-worth of others. These people are afraid to stand up to the man in the mirror, so they give and give and work and work, until they have nothing left. And they say all along that they no other choice. They do, though. They know they do, but they refuse to change because changing would involve crucifying their current identity, and they can’t fathom that kind of pain.

In my journey with chronic illness, I got to know a lot of people like me whose bodies failed them, who traveled to the ends of the earth in search of answers and found none. When I discovered DNRS, the program that healed me, I told others about it. Some listened. But others gave me strange looks, like I just told them a secret they didn’t want to hear. I didn’t understand. Look, I thought, you don’t have to settle for a life of pain. The balm is right here. Just try it, what do you have to lose?

Then, I realized what was going on. These folks didn’t want to heal. Their pain was their identity. They had a lot to lose by healing. They would lose their sense of self. Some people would rather stay in their plight than do the hard work of healing. And, look, I get it. Healing is hard work.

I remember reading a story about the people in Utqiagvik, Alaska, where every year the sun sets on November 18 and doesn’t show itself for 65 days. As you can imagine, suicide rates are high. Do you know when those rates are the highest, though? When the sun descends behind the western rim of the earth on November 18, right? Wrong. Suicide rates are highest on the days just before the sun rises again. Why? People can’t fathom coming back into the light after 65 days in the darkness. Coming back into the light requires a lot of energy, too much energy. So, they commit suicide. That makes sense to me. Not the suicide part, but the coming back into the light part. It’s so hard to wake up the dead and sleeping parts of your being. It takes a lot of energy to change. We would rather reinforce unhealthy habits than summon the energy necessary to change.

This is why we need healthy religion. This is why we need the cross. This is why we need Jesus. We need a catalyst to change. We need someone to show us the way. We need to know change is worth it, that we will come out better on the other side. We need to know that we can experience heaven right now. We don’t have to wait until this life is over. Without healthy religion, we tarry on doing the same thing with our suffering. We become victims or we victimize others. And, in doing so, we remain trapped, confined to our own personal hell. We don’t have to settle for this. Jesus shows us how to transform our pain and resurrect a new life.

HOW TO TRANSFORM SUFFERING

As Jesus hangs on the cross, innocent, blameless, he doesn’t feel sorry for himself of accuse others. He has every right to do both. Jesus could’ve blamed or accused. He could’ve thrown himself a pity party. Jesus had no sin. The people who demanded his death had no basis for doing so. He was wholly and completely innocent, something none of us can say.

He hangs on the cross, though, and he doesn’t demand revenge and he doesn’t pity himself. He holds the pain and the suffering and the sorrow and the loneliness until the old self passes away, and he trusts God will redeem his pain and resurrect this darkness, transform it into something new. Oh, and in the meantime, he asks God to forgive those around him.

This is our model. This is what we do with our suffering. We resist pity and revenge. We hold the pain. We ask God for strength, for patience, for perseverance, to hold this pain as long as it takes, until the Ancient One takes it and turns it into something new and good and beautiful.

God will do this. He will resurrect our pain. Our worst failures and disappointments, our false identities, our deepest wounds, these can become are greatest strengths, if we have faith.

In holding our pain, we break the cycle. We do our part to bring the kingdom of heaven to earth. I want to experience the kingdom now. I think you do too. Jesus shows us the way.

Go and do thou likewise.

Liminal Space and What Happens When You Love Certainty