Home Faith You Can Transform The World With Your Words 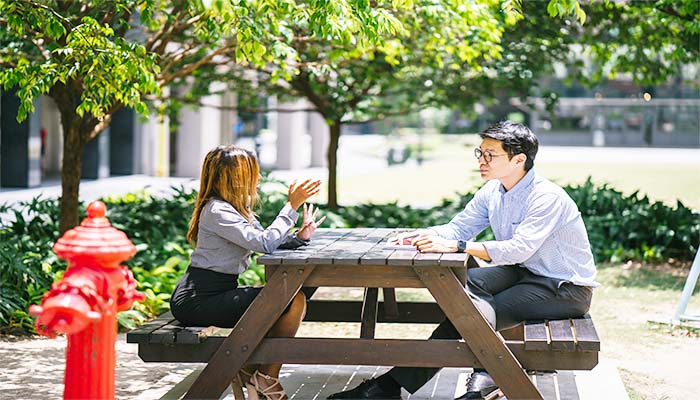 It was a Sunday morning. I sat on my boys’ bed, trying to think of something to say. The day didn’t start well. Noah and Micah both said unkind words to their mom. Sometimes kids wake up moody – fortunately adults grow out of this.

“Because you want to be famous and buy a mansion.”

Now, I was silent. Micah was right, about the famous part, at least. I’m sure I’m drawn to writing because it’s my ticket to being noticed. I also know that Micah talks a great deal about being famous and owning a mansion. And I often wonder if that means I’ve failed as a parent.

“I write,” I said, “because I believe in the power of words. The words we say or don’t say impact people. I want to use my words for good. I want both of you to do the same. “

Words are powerful. That’s why I write. That’s why I sit down at my desk and do battle with the blinking cursor. It’s hard work. I once heard someone say writing burns calories, and that makes sense if you’ve ever tried it. Writing exhausts you, physically and mentally. But what writing takes from the body, it returns to the soul. After I write, my soul feels nourished. I feel alive, more in tune with God and creation.

Words are transformative. In Genesis, God creates the heavens and the earth, the animals and the trees, with words. He speaks creation into existence.

When the Savior of the world becomes one of us, John describes him as the Word. Words create. Words redeem. Words restore.

Dabar is Hebrew for “word.” The ancient peoples believed words had weight. They had actual substance, like brick or gold or silver. They believed you could create realities with your words. Words could literally build mountains or destroy worlds. World could create civilizations or tear them down. How silly, right?

We fancy ourselves enlightened and advanced. But I think the ancient peoples knew something about words we have forgotten.

When Hitler tried to take over the world, how did he do it? Not with force. He did it with words. Most historians agree Hitler was one of the greatest communicators the world has ever seen. With his words, he awakened the imagination of a country. He manipulated them to believe they were superior. Hitler’s words led to the death of sixty million people. Do you see it?

When Abraham Lincoln met Harriet Beecher Stowe, he said, “So you’re the little woman who wrote the book that made this great war.” The book was Uncle Tom’s Cabin and the war was, of course, the Civil War. Lincoln recognized the power of words to mobilize people.

When Martin Luther King grew tired of watching his people mistreated at the hands of a toxic and unjust system, how did he go about changing it? That’s right, with his words. He used words to lay the foundation for a new world, a better world.

I could go on, but what’s the point? If you don’t see it by now, you won’t ever see it. Words create worlds. Without the words of Hitler and MLK, our physical world would look much different, for better or for worse. The Hebrews had it right. Words have weight. They have substance. We can use them to create, to build up. We can also use them to destroy, to tear down.

I’m not sure how Satan works. If a singular evil force does exist, though, I’m sure that force cares about words. Satan knows the power of words. One of Satan’s great tasks is to make you believe words don’t matter. So, he floods your consciousness with a never-ending stream of words, most of them meaningless and insignificant, until you operate in a reality where words no longer matter. Social media is a great tool for Satan.

In a world like this, the caretakers of words – the pastors, authors, poets – move to the margins of society. Religion becomes shallow and superficial, a means to promote an agenda rather than confront the deeper realities of God. When we attend church, we get nothing from it. We’re bored, uninterested. We’re too drunk on the words we ingested beforehand. The inevitable result of a world like this is disconnection, from one another and from God. A fractured, ungrounded society.

What I just described sounds eerily like the world in which we live. Is Satan winning the war on words? We need to resurrect the power of words from the tomb of social media timelines and 24/7 attachment to technology. We’re drowning in a sea of meaningless words. Drowning.

WHAT KIND OF WORLD WILL YOU CREATE WITH YOUR WORDS

You have a great and powerful gift. How will you use it? What kind of world will you build with your words? Will you construct a world woven with beauty and hope and love? When people come into your presence, will they rest in the atmosphere of your world? Do you know someone like this? I do. When you meet someone who has created something special with their words, you feel it, don’t you? You don’t want to leave their presence. You feel loved. Rested. Secure. Your heart opens. Your anxious mind rests.

You can be one of these people. No special talent is required. Just begin to use your words to build up, to encourage, to heal, to make others feel loved. You must be intentional. Building a world where others feel safe requires work and effort. But just imagine the reward from your work. Real, actual lives transformed.

But you can also use your words to create a world of fear and shame and cynicism. You probably know people who do this as well. When you’re in the presence of these people, hopes fades. You leave worse than you came. And maybe you didn’t understand why. But now you do. This isn’t an accident. These people built this world, intentionally. When you enter the presence of a world like this, you change. You have no choice. This is why good parents tell kids to choose friends wisely. And why mature adults do the same thing. The very presence of some people can shrink your soul.

Much of what is wrong with our culture today has to do with our negligence of words. We have this great power, the power that formed the world, on the tips of our tongues. If every single human from America to Asia decided this very moment and every moment moving forward to only speak words of Life, evil would disappear. This new world would choke out rape, abuse, theft, and every form of brokenness.

I want to use my words to create a world where love lives, where the presence of God is oxygen. I think you do too. We can transform the world. We can resurrect humanity from the tombs of loneliness and shame and fear. We can do it with our words. Let’s start today.

Deconstruction Is Not Trendy. It Is Necessary For Spiritual Growth.

8 Lies I Used To Believe About Being A Christian