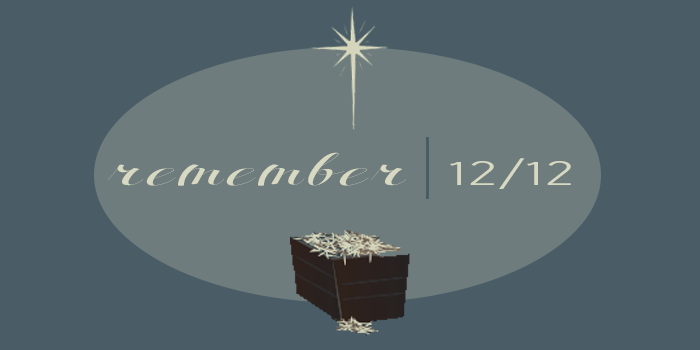 But Mary treasured up all these things and pondered them in her heart. The shepherds returned, glorifying and praising God for all the things they had heard and seen, which were just as they had been told.

Imagine the shock as the shepherds arrive at the manger. Mary and Joseph’s expectations for Jesus’s arrival are long gone. They’re probably stressed and disappointed by their circumstances. Who wouldn’t be? They might question whether God choosing them was the right one.

Then, some complete strangers – shepherds, they quickly discover – run hastily around the corner, stop suddenly in front of the manger, and begin telling a discombobulated story about bright lights and angelic things and a Savior. They obviously haven’t had time to process what they saw, but the conviction in their tone leaves no doubt that something happened.

Suddenly, the mood in the room shifts, from disappointment to astonishment. “Are you serious? Unbelievable.”

These shepherds gather sheep every day. Tonight, their words gather people. Everyone who hears the story is amazed. They whisper among themselves.

But Mary is different. She doesn’t join in the whispering and questioning. Instead, she breathes the shepherds’ story into her soul. It would be logical, understandable to prod deeper, to ask follow-up questions about these angels, about their message.

For Mary, however, this is unnecessary. She knows.

As the shepherds’ recount what they saw, Mary receives their words as grace and love. God is trustworthy. This moment isn’t merely for listening or questioning; it’s for reflecting.

Advent shows us two different responses to the grace and love of God: admiration and adoration.

The first group – the admirers – shows up every Sunday. They worship God, engaged and attentive. You might even hear an occasional “Amen!” as the sermon reaches a high point. They read Scripture. They even lead in the church.

“Worship this morning was powerful. What a sermon! The way he unpacked John 13…genius. Am I right? So…what’s for lunch?”

For the admirers, faith feels a lot like a roller coaster. At times they’re on fire, fueled by the latest emotional high. Eventually, however, their gusto wanes. And the descent into apathy begins. The same group vowing to change the world one week appears disinterested and disengaged the next. Up. Down. Up. Down.

The second group – the adorers – are those who, like Mary, receive every moment, every encounter, every conversation as a divine act of grace and love. The adorers don’t need God to perform miracles. They just need God. This group, like Mary, is steady. They aren’t shaken by the fragility of expectations or the inevitable storms of life. They have an uncanny ability to accept and forgive both themselves and their neighbors. They aren’t afraid of vulnerability. They don’t blame others or grow bitter when tragedy strikes.

I guess I could sum it up this way: they believe – really believe – that God is for them and that everything is going to be okay.

This is the posture of a reflective heart – prayer, contemplation, listening to God – and this posture is becoming increasingly absent in our culture, even our Christian culture.

Then I realize the basis of this temptation: building my faith on the cornerstones of remembrance and repetition sounds boring. It really does. I’m not sure I like a faith like that. But a faith like Bonhoeffer describes and Mary practices – one that stores and treasures and reflects – is the kind of faith that might impact the world.

Because here’s the thing about Christianity. If it doesn’t have a response to the deeper questions of life – issues of love and injustice and suffering and purpose and death – then it’s of little use to the world.

Christianity, when healthy, has a response to the deeper questions. Healthy Christianity gives us a way to deal with our pain and anxiety that doesn’t include harming ourselves or scapegoating others.

Christianity, when healthy, offers a compelling vision for life beyond hamster wheels and paychecks.

Christianity, when healthy, helps us establish healthy rhythms and build deep roots so that we will be able to stand firm through the storms of life.

Christianity, when healthy, shows us how to love people well and forgive people we might otherwise hate.

Christianity, when healthy, compels us to climb down the ladder of success and plead the cause of the orphans and widows, the marginalized and oppressed.

This type of faith is slow. It’s not rushed. It pays attention. It doesn’t equate emotional highs or mountaintop experiences with the presence of God. It knows how to receive, as well as give. It remains open, and through it, God gives birth to something that changes the world.

May we, like Mary, become people who treasure all the things of God and store them in our heart.

Take some time today – a few minutes, at least – to be silent. Remove every distraction. Don’t speak. Just be still. Listen. Pay attention.

God, may I become someone like Mary, who treasures up your grace and love in my heart. Give me the strength to be disciplined, to build deep roots of faith and trust. Amen!