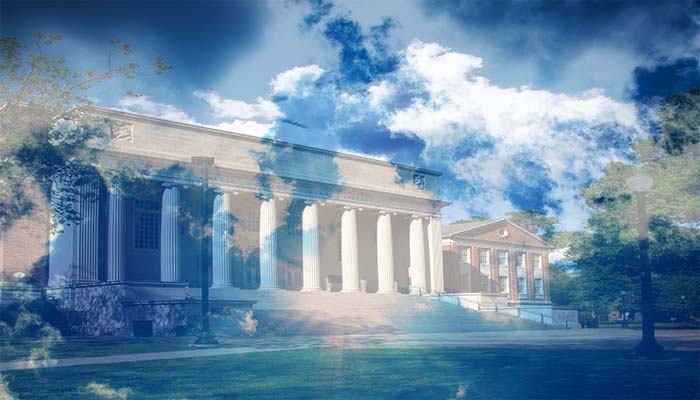 A Light Brighter Than Evil: A Short Story

Today, I left home the same way I leave every morning. Had I known this was the last day of my life, I might have done something different. But probably not. I love my routine. It goes like this. Shower. Hair. Breakfast. Teeth. Backpack. School bus. Always in that order.

I also love school. And learning. And my friends. More than anything, though, I love my teacher, Mrs. Stein. Mrs. Stein is my best friend. I tell her this almost everyday. She never says it back, and that’s okay. Instead, she places her hand on my shoulder and smiles and that’s all I need. I know she feels the same way. It’s our little secret.

When I arrived at school, something felt off. I could sense it. I felt an urge to leave, to run away. I’ve heard animals can sense bad things before they see them, things like tornados or hurricanes or tsunamis. I read it in a magazine, I think. It’s like a built-in alarm that keeps them safe. I like that. I think I have a built-in alarm, too.

I stopped at the foot of the steps leading up to the school and looked up. The sky was a beautiful hue of blue. As far as my eyes could see, nothing but sun and sky. My school building looked larger than normal, the two-story structure seemed to reach to the heavens and stretch from one end of the earth to the other. Was the sky playing tricks on my mind? I don’t know. Kids walked past me left and right. I was in a trance. My mind wouldn’t allow my feet to move. What was this?

“Eric, dear, the second bell is about to ring. C’mon.” It was Mrs. Stein. Like a therapist who snaps her fingers to awaken a hypnotized patient, I returned to reality. I smiled, walked up the steps, Mrs. Stein put her arm around my shoulder, and my internal alarm went silent.

When I walked in the classroom, I saw several napkins with Happy Birthday written on them, and I smiled. I smiled because the napkins were from my birthday party last week. I turned eleven. Mrs. Stein knew I wouldn’t see my parents on my special day. My parents work all day everyday, so, as they say, I can have everything I want, but what I want is to see my parents. Anyway, Mrs. Stein threw a party for me, and she threw it in our classroom during school. That’s right. She chose me over geography. She bought cupcakes and juice and everyone sang Happy Birthday.

After humming the birthday tune a few times, I picked up my pencil and began work on my morning assignment. Math. My favorite subject.

“There are 235 books in a library. On Monday, 110 books are removed. On Tuesday, 62 books are returned. How many books are in the library?”

Before I could do anything else, I heard two loud sounds, sounds I had never heard before.

The sounds startled me. They were loud and threatening and dangerous, like fireworks possessed by a demon. Maybe some kids were pulling a prank? Who would do such a thing? We have two days left until school ends. I happened to glance at Mrs. Stein. I saw a strange expression on her face, one I had never seen before. She was scared and confused, like someone might look if the Boogie Man was chasing him.

Then, I heard the screams. They started soft and distant, but rose like a crescendo to the point that they consumed the hallway and our room and every inch of our building. I didn’t hear any words. Just loud, piercing, I-need-help-now screams. I knew something was wrong. But what? I couldn’t imagine anything bad happening at our school. We live in a small town, a safe town. People don’t hurt one another in my town. We look after each other, care for each other. I know almost everyone here. They’re all nice and friendly and helpful.

The screams continued. Mrs. Stein slammed the door and locked it. “Everyone get away from the door. Now! Over here, in the corner.”

As she said this, I watched her. Her lips quivered. A tear built up in her right eye. Then her left. Then the tears streamed down her face. She wiped them from her cheek like she was angry they appeared. She breathed deep and her lips stopped quivering. This was serious. Something very bad was happening.

I heard more firework sounds. Louder now. Three or four or five or more, one right after the other.

The firework sounds felt so close I could smell them them. They smelled like fear. I placed my hands over my ears. I closed my eyes for a second. When I opened them, I saw the most hideous figure staring into our classroom through the window. I only saw the figure partially. I was in the corner of the room, after all. But what I saw was pure evil. His face was thin and littered with pimples. His eyes set too far down on his face, the left one larger than the right. He looked like a teenager, not much older than me. What I remember most, though, was the look in his eyes. His pupils had no color. They were clear or black, like someone or something had sucked the love and joy from his body through his eyeballs.

With a single shot, he turned our window into shards, reached his hand through the opening and unlocked the door. There were no fireworks. This boy had a gun, a big one. I had seen guns in pictures and movies and things like that, but never in real life. Why was it so big?

In the background, I heard more shots. Was someone else in the building? Was there another boy with a gun? I heard the vague sounds of a man shouting. “In your rooms,” he yelled. “Get out of the hall.”

The boy looked around. He was scared, maybe more scared than me. Fear radiated from his body. You could feel it. He scanned the room. His gaze went from the kids to Mrs. Stein, back and forth, for what seemed like an eternity. Finally, he raised his gun and pointed the barrel at Mrs. Stein’s chest.

“Nooo!” I yelled with enough ferocity that it startled him. He briefly removed his finger from the trigger. But only briefly.

I don’t remember what happened next. I guess I jumped up from the corner of the room and ran towards Mrs. Stein. I leapt in front of her. I don’t know what I was trying to accomplish. When you’re eleven and someone points a gun at the most important person in your life, you don’t think. You just act. And that’s what I did.

The bullet pierced my flesh. Then a second one. Then a third. That piece of metal felt warm as it entered my body. I felt no pain, though. I felt no fear either. I felt nothing, in fact. Why didn’t I feel anything?

I heard more shots. Was the boy with the gun shooting my classmates, my family? I wanted to help them, too. Instead, the boy fell to the ground, and Deputy Sherrill entered our room.

I looked up at Mrs. Stein as she held me in her arms. She kept screaming words, the same words, over and over. Why was she screaming? Why wasn’t she happy? I protected her. I still didn’t feel anything. Why didn’t I feel anything? I thought getting shot with a rifle would hurt. Maybe I’m a super hero. Mrs. Stein will love me forever after this. I can’t wait for recess. And lunch? What is on the menu today? Oh yeah, Italian dunkers. I love Italian dunkers.

I no longer saw shapes or figures. I no longer saw Mrs. Stein. I only saw light, the brightest light I’ve ever seen. Some figure looked at me, held me in his arms, and said, “It’s okay, my child. No more pain. You are safe now. Come with me.”

So, I did. I walked a ways. Then, I saw him. The boy with the gun. He didn’t have a gun anymore, though. And he didn’t look scary. His eyes had color again. They were hazel. I should’ve felt anger or fear. But I felt neither. Why wasn’t I angry?

The Bright Light reached out his hand to the boy. “It’s okay, my child,” he said. “No more pain. You are safe now. Come with me.” So, he did.

I smiled at him. He smiled back. I miss Mrs. Stein. But I like this place. I think I’ll stay here awhile.

Your Favorite Bible Character According to Your Enneagram Type