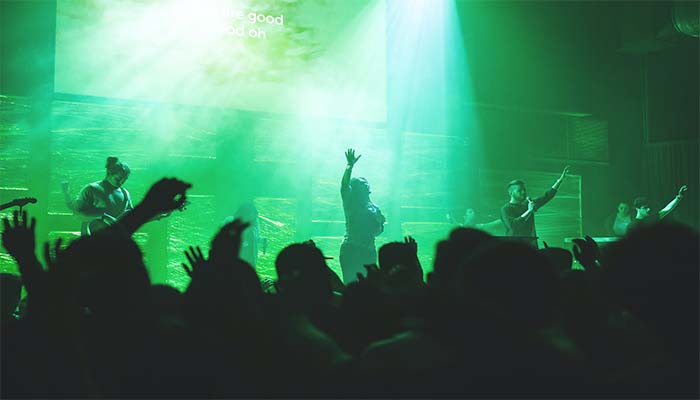 6 Signs You Are A Counterfeit Christian

I don’t usually carry cash. But on this day, I used a crisp $100 bill to pay for some new shoes. As I handed the bill to the cashier, she grabbed a pen. I was somewhat intrigued. Then, she ran the pen across the bill. Now I was puzzled. So, I asked her the purpose of marking up my crisp bills. Come to find out, this is standard procedure for $100 bills. The marker is designed to spot counterfeit bills.

Why would the cashier be concerned about this? The answer is obvious, right? Counterfeit money has no value. Maybe it can pose as authentic for a period of time, but eventually someone is going to buy one of those markers and expose the lie.

And whether you intentionally use a counterfeit bill is irrelevant. If the marker reveals that you tried to pay with fake money, you will lose a $100, at best, and lose a day of freedom in jail, at worst.

During his ministry, Jesus encountered fakes often. And what the market does to money, Jesus does to counterfeit followers. He exposes them.

Whether it was the Pharisees, who posed as righteous men of God or large crowds, who posed as committed followers, Jesus constantly exposed counterfeits.

So, what are qualities of a counterfeit Christian? This question is important. Much like fake money, fake Christians have no value. They flaunt a self-righteous attitude or selfless behavior. But, if you exposed their heart, you would find something different. Most importantly, as Jesus says in Matthew 7:24, eventually counterfeit Christians will be exposed.

To be fair, I don’t believe most Christians intentionally pose as fakes. They have either been handed a counterfeit Jesus or drifted away from the radical life Jesus calls his followers to imitate. With that said, I think every Christian can use this post to work on their heart.

Here are 6 signs you are a counterfeit Christian.

1.) You feel more guilty for missing church than hurting your neighbor.

I grew up in a culture where church attendance was the ultimate mark of righteousness. Under no circumstances did you miss worship on Sunday or class on Wednesday. A Christian who had “gone astray” was someone who hadn’t been to the church building in a month.

Intentionally or not, I was led to believe my presence at a building was more important than my actions towards other people. So most weeks I would walk into my church building, worship God, interact in class discussion, then go home. In the meantime, I disrespected teachers at school, gossiped about friends and classmates, and used women for my selfish desires.

If you value church attendance more than loving people, you don’t understand Jesus. The two greatest commands, love God and love your neighbor, are relational. Jesus even says the entire law is summed up by these two commands.

2.) You believe the Bible is more important than Jesus.

For much of my life, I placed more trust in the Bible than in Jesus for eternal life. It was more important that I knew the five steps to salvation than the source of salvation. I could sing the 66 books of the Bible. I knew the VBS stories.

If you’re like me and know more about Scripture than living like Jesus, here’s a strong word for you courtesy of the son of God himself.

You search the Scriptures because you think they give you eternal life. But the Scriptures point to me! Yet you refuse to come to me to receive this life.

The Bible is NOT more important than Jesus. Oh, you can recite the books of the Bible using an annoying song? You memorized the book of James? That’s great. The Pharisees memorized the first five books of the Old Testament and Jesus told them their knowledge was useless.

The whole point of the Bible is Jesus. Go ahead, have your morning meditations. That’s great. Memorize Scripture. Good for you. But those things don’t give you brownie points with God.

Instead, answer these questions.

Does the Bible increase your love of God and intimacy with Jesus?

Remember, the first-century Christians, especially Gentile Christians, had no Bible. They had no background about Jesus. They just heard a message of redemption, believed that message, and lived in community with others who accepted it.

3.) You believe it’s okay to hold a grudge against someone if he or she hurts you bad enough.

I’m not sure where the line is drawn, but at some point, counterfeit Christians believe it’s acceptable to refuse forgiveness. Maybe that line is murder, rape, or your best friend sleeping with your spouse. I’m not real sure, but there are certain unforgivable sins.

I’m not trying to minimize the pain you experienced. I’m trying to elevate the example Christ provided. On the cross, after mere men nailed the son of God to wooden beams and mocked him, Jesus looked up and said, “Father, forgive them, for they do not know what they are doing” (Luke 23:34).

If God can forgive men for mocking him, you can forgive anyone for the pain they caused you. Is this easy? No. But you can’t claim to follow Jesus and refuse to forgive.

Several years ago, I was talking with a minister about a church in Nashville that was meeting in a bar. This church was baptizing former alcoholics and drug addicts. God was really working.

But not according to this church leader. His response? “Frank, do you really think God is okay with people worshipping him in a bar with alcohol and drunks? Surely you don’t think that?!”

Jesus, however, would have a thing or two to say about this. Repeatedly, Jesus associated with tax collectors, talked to prostitutes, and touched sick people. In Jewish culture, touching sick people made you ceremonially unclean. That was bad. But Jesus didn’t seem to care.

Why is this? Jesus was more concerned with healing people, both physically and spiritually, than maintaining a solid reputation with church folks. Call me crazy, but I think if Jesus were here today, he would spend more time in bars with homeless and drunks than in church buildings.

This whole point centers around your understanding of holiness. In the Old Testament, holiness equated to separation. The Israelites couldn’t marry people from other nations. They couldn’t form alliances with them. They were called to be separate.

When Jesus came, he changed the idea of holiness. It no longer meant separation from, but engage with.

The holiest, most godly Christians are the ones who engage others with the goal of healing and restoring them.

5.) You believe God rests in a building, not in a group of people.

Until the death of Jesus, the temple was the place where the Israelites encountered God. The temple was everything. No one dared to speak a word against the temple. And only a handful of appointed people could enter it.

After Jesus’s death, God’s presence left the temple and entered his people. But don’t tell this to counterfeit Christians. Like the Israelites, they view their church building as a sacred place. Actions change. A certain type of behavior is expected.

Counterfeit Christians use their Sunday commute to talk with their homeboys or girlfriends about the hot guy or girl they slept with the night before. But as soon as they turn into the church parking lot, those conversations cease, and it’s all about God.

Counterfeit Christians spend the entire week sacrificing their family on the altar of work. But as soon as they enter the church building, they grab their spouse’s hand, put their arm around their children, and wear a smile as big as their bank account.

Counterfeit Christians might serve as a deacon at church, but they spend Saturday nights getting thrown out of their kid’s t-ball game, trash talking every umpire and fan who thought little Tommy was out at first. Who cares if little Tommy is still learning not to pee in his underwear? He was safe at first.

It’s time for Christians to stop saying the church is not a building and actually start living that way. Physical locations aren’t sacred. When you arrive at work, you are a temple for the Holy Spirit (1 Cor. 6:19-20). Treat your employees like Christ. Handle conflict with your peers like Christ. When you travel to the ballfield, you’re a temple for the Holy Spirit. Treat the umpires, coaches, and fans with the love of Christ.

You’re a mobile temple. Allow God’s power to work in you, regardless of where you go.

6.) You think Christian maturity is more about how much you know than what you do.

The night before Jesus was crucified, he gathered with his twelve disciples to enjoy one final meal. Not long after dinner, Jesus grabbed a basin, a towel, and started washing his disciples’ feet. Unless you understand Jewish culture, you miss the scandalous nature of what’s going on here. Footwashing was a dirty job reserved for slaves. Jesus, in essence, made himself lower than the lowest person in society.

Jesus didn’t get out a chalkboard and summarize his teachings. He didn’t quiz his disciples. He didn’t say anything. Instead, he humbled himself. In this moment, you see the summation of Jesus’s ministry. Every sermon. Every healing. Every conversation. Everything is summed up with this…wash one another’s feet. Become a servant.

If you want to point the world to Jesus, stop talking about your theology. Stop telling the world how much you know. Get on your knees and start serving.

There’s a trendy message, even in Christian circles, that challenges people to “Rise up!” If you’re a follower of Jesus, that’s a faulty message. Christianity isn’t about rising up. It’s about falling down. In God’s kingdom, the more power you have, the more feet you wash.

Be very careful about people who love to talk but hate to serve. The most spiritually mature Christians aren’t always the most eloquent or wise. Those most like Jesus are the ones who grab a towel and place the needs of others above their own.

Everything goes back to this: love God and love your neighbor. The question Christians must wrestle with is, “Do I actually believe it’s that simple?” In a culture where denominations argue over the correct way to baptize someone, grasping the Jesus life can seem like an impossible task.

The Jesus life is about loving God with all of your heart, mind, and strength, and it’s about transferring God’s love onto every person you encounter. Counterfeit Christians don’t get this. Don’t get caught up in the endless interpretations about doctrines. Get caught up in the love of Jesus.

It’s your turn. What are some signs of a counterfeit Christian? Leave a comment below.

Dear American Church…I Am Not Renewing My Membership This Year

Is Your Church Led By Pharisees Or Followers Of Jesus?

Perseverance Is Essential To Knowing God (Any Why...

What Purchasing A Vehicle Showed Me About Comparison...

Why We Need More Non-Conformists (And Why The...

A Reconstructionist’s Creed: What I Believe About God...

Jesus Didn’t Die On The Cross To Take...

Why I Struggle Being A Christian in the...