Home Faith Paradox Is the Path To Life 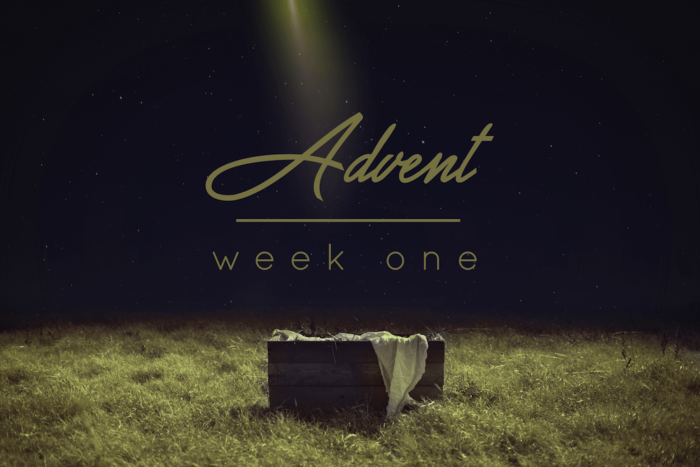 Paradox Is the Path To Life

1-2 After Jesus was born in Bethlehem village, Judah territory—this was during Herod’s kingship—a band of scholars arrived in Jerusalem from the East. They asked around, “Where can we find and pay homage to the newborn King of the Jews? We observed a star in the eastern sky that signaled his birth. We’re on pilgrimage to worship him.”

3-4 When word of their inquiry got to Herod, he was terrified—and not Herod alone, but most of Jerusalem as well. Herod lost no time. He gathered all the high priests and religion scholars in the city together and asked, “Where is the Messiah supposed to be born?”

5-6 They told him, “Bethlehem, Judah territory. The prophet Micah wrote it plainly:

It’s you, Bethlehem, in Judah’s land,
no longer bringing up the rear.
From you will come the leader
who will shepherd-rule my people, my Israel.”

7-8 Herod then arranged a secret meeting with the scholars from the East. Pretending to be as devout as they were, he got them to tell him exactly when the birth-announcement star appeared. Then he told them the prophecy about Bethlehem, and said, “Go find this child. Leave no stone unturned. As soon as you find him, send word and I’ll join you at once in your worship.”

9-10 Instructed by the king, they set off. Then the star appeared again, the same star they had seen in the eastern skies. It led them on until it hovered over the place of the child. They could hardly contain themselves: They were in the right place! They had arrived at the right time!

11 They entered the house and saw the child in the arms of Mary, his mother. Overcome, they kneeled and worshiped him. Then they opened their luggage and presented gifts: gold, frankincense, myrrh.

12 In a dream, they were warned not to report back to Herod. So they worked out another route, left the territory without being seen, and returned to their own country.

Welcome to Advent, the time of year where we shift our focus to the Incarnation. Jesus is here. Creation rejoices. We give thanks.

But we also reflect. Yes, Advent is cause for celebration. But Advent also asks hard things of us. Advent slashes the veil of the status quo. It breathes light into the darkness of our slumbering souls. It forces us to reckon with our humanity, to wake up, to see the world as it is.

Darkness and brokenness are the incubators of life. This is a great paradox, which is the first word from the manger. Advent asks us to embrace paradox. Paradox is holding two inconsistent or contradictory views at the same time. When viewed through a new or transformed lens, however, these view are not contradictory at all. They’re two parts of the same whole. We must learn to see the world through the lens of paradox if we want any hope of love and peace and hope in this world.

Everything, and I mean everything, about Jesus’s birth is a paradox. He is both God and human. He is the light of the world, yet arrives in darkness. Jesus, the son of God, the holy of holies, is born into a poor family, surrounded by poverty and humility.

Then you have the worst and most tragic paradox of all: as the world celebrates and angels utter eternal echoes of praise, a power-hungry king slaughters babies. You know the story, right? King Herod catches wind of this king, Jesus. Some random wise men stop by his palace to inform him, to ask if he heard the news. He had not, of course. He prostitutes his heart and mind to greed and status, however, so even though this “challenger” to the throne is but a baby, he allows paranoia to consume him. How can I eliminate this threat, he asks himself. And, in a stroke of demonic insight that would make even the vilest of humans shudder, he decides to kill every child under the age of two.

This is the most ridiculous part of the birth narrative to me. Why is it necessary? Why include it at all? This is Jesus’s show. Why spill ink on this vile human?

Here’s a question I’m sure you’ve considered. If not, you should. Why did God not intercede and prevent these men from visiting Herod in the first place? He kept them from returning to Herod after visiting the manger, did he not? The Bible says he did. See verse 12. Could God not have prevented this travesty?

You have praise and mourning breathing the same oxygen. This is non-sensical and unnecessary.

Yes, it is. And that’s the point. Christians try to make sense of God. We package Christianity into nice, neat dogmas and doctrines and tell people if you believe these things, you’re a good, faithful follower of Jesus. Making sense of God is considered spiritual maturity.

We do everything in our power to eliminate paradox because we would rather live in certainty than unknown. The desire for certainty is almost always the by-product of fear, though. And fear is the absence of God.

We bow to the idol of certainty rather than embracing the truth of the Incarnation, that the birthplace of Life lies between darkness and light.

Jesus came to show us how to embrace paradox because to be human is a paradox. We’re walking paradoxes, you and I. Good and bad exists in all of us. We suck royally at times, making terrible and selfish choices, some of those wounding people we love. At other times, we remember whose we are, and we seem to act accordingly, placing the needs of others above our own. Maybe you have done some of both this very week. Probably you have. I have. Some days, we’re weak, our bodies hijacked by foreign invaders – a virus or cancer or mental illness or any number of other things. Other days, we feel refreshed and strong, and nothing in the world can touch our vibe.

Advent challenges us to look at ourselves honestly, to put it all on the table, and embrace it. The good and the bad. The ups and the down. The failures and the successes. It all matters. You have weaknesses, sure. You’re human. But the Incarnation says that your weaknesses don’t define you. In fact, your weaknesses are the doorway to your strengths.

We hamstring our divine gifts when we deny our darkness. That sounds silly. It defies logic. And again, that’s the point.

Logic is the very thing we must crucify. It can’t live if we hope to see Christ.

So, as we stumble into Advent, here is the last and final paradox: in this season of stress and rampant materialism comes an opportunity to embrace the Incarnation, to peer upon the helpless, eternal Savior. Christmas season is a paradox. It can wreck you, drive into the ground, if you allow it. But it can also save you. You can have lot of things on the schedule, but you can also slow down and lift your gaze from the rampant materialism and focus your attention on the one thing that lasts, that never fades or fails, and that something is Christ.

This time of year used to kill me. I hated it. I couldn’t wait for Christmas to end. From December 1st to December 25th, I was anxious and empty. My entire focus was on commercialism and unending events. Buy more. Do more. Yuck. The whole thing was gross.

So, paradox. That’s the word. Will you embrace the mystery of the Incarnation, which is the mystery of being human. Will you accept the good and the bad in yourself, first, and then, in your neighbor, and ultimately, in all of creation? Will you peer through the veil of busyness and presents?

Without Paradox, we are hopeless. Thankfully, Paradox has come. His name is Jesus.

Self-Care is NOT Selfish

Salvation Is For The Saved and the Unsaved