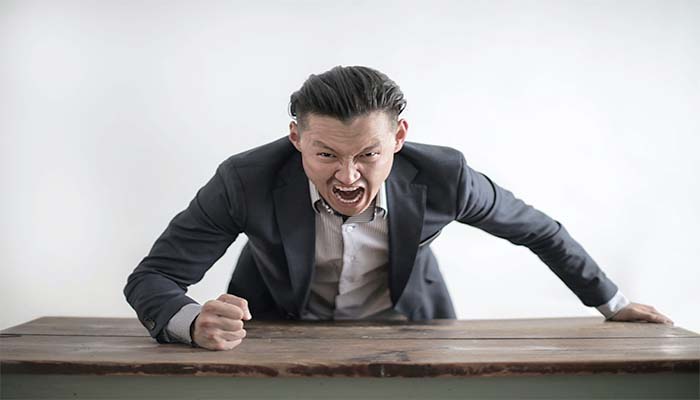 As a former pastor, I bumped shoulders with a lot of people. Much of pastoring is managing people, listening to problems, crying and laughing and celebrating with those in your community. It’s exhausting work. That’s probably why I’m scribbling words on a screen nowadays. I’m an introvert, and church offers few reprieves from the energy sucking vampires that are human beings.

I’m joking. I like humans, most of the time.

Most people I knew were fine. I enjoyed their presence. They understood boundaries and healthy realtionships and took an interest in my well-being. Not everyone understood these things, though.

One guy in particular – I’ll call him David – showed up at church one Wednesday night. I was a college pastor, and he wasn’t in college but was college age, so he came in my class. At the time, I had no boundaries. I didn’t think they were necessary. So, I took this guy under my wing. David had endured so much pain and loss. He had no family. He told me his life story the first night I met him. I knew I was in over my head. He was hurting, though, and he didn’t know Jesus, so I had to invest in him.

The first week or two, everything was fine. I checked in on him throughout the day, and he came over every now and then. We mostly talked about Jesus and faith and things like that.

Around week three, though, our relationship turned toxic. He began calling me late at night, ten or eleven or later and refused to let me off the phone. He told me he was depressed and suicidal, and when I tried to explain that I would get him professional help, he refused. When I could no longer fight off exhaustion, and I told him I needed rest, he shamed me.

“If you cared about me, you wouldn’t abandon me,” he said.

And here’s the thing: I believed him. So, for a week or two, we talked every night, and for a week or two, I woke up exhausted, unable to focus at work or spend time with my family. I sacrificed every other person in my life, including myself, for David. I thought I was doing what Jesus would do. Would Jesus not stay up til the wee hours of the a.m. and listen to David’s ramblings?

No, I don’t believe he would. In fact, Jesus often distanced himself from toxic people. The rich, young ruler is one example. Judas, however, is the most infamous. Why did Jesus allow Judas to walk out of that room and betray him? Why didn’t Jesus chase after him? I don’t know. But, he did.

And I should’ve let David walk, too. I did, but not until I made myself sick from exhaustion and shame.

The Difference Between Toxic People and Hard People

Hard people aren’t the same as toxic people. I want to make sure you hear that. I’m not advocating for the removal of every person who grinds on your nerves or causes you stress.

God places some people in your life to expose the flaws you deny. You can and should invest in hard people, as long as you establish and maintain boundaries, and protect your heart and mind from bitterness and fatigue.

The disciples (sans Judas) are a good example. Over and over, Jesus tries to explain his purpose, the reason he’s on earth, and over and over, they miss the point. They’re selfish. They grab for power. And, when Jesus needs them most, when the mobs come to take him away, every last disciple abandons him. Yet, Jesus never gives up on these men. He invests in them. Even hours before his death, he’s with them, speaking life and love. And after the Resurrection, Jesus appears to them.

Knowing the difference between hard people and toxic people is the difference between becoming more like God and losing your soul. Toxic people will take everything from you. You should part ways from them this very moment. And, look, I get it. Sometimes the toxic person is a family member or spouse, and leaving them isn’t easy. But, believe me, when I say you’re following in the footsteps of Jesus when you do. Sometimes you must part ways from someone you love for them to find healing.

Every single human will encounter a toxic person at some point in your life.

1. Toxic people are skeptical about everyone and everything.

Toxic people think everyone is out to get them. They live in a world of conspiracy theories and worst-case scenarios. They make up stories and narratives to fit the world they conceive in their mind. They blur the truth. They can’t tolerate chaos and unknown. Everything must make sense.

We saw this during the last election, as people refused to stare facts in the face. They couldn’t believe Trump lost. It was a cover-up. The system was rigged. The election was stolen. Some people still believe this.

We saw this during the pandemic, as people raced to the internet to share the latest conspiracy theory about Dr. Fauci or the government or whatever. COVID wasn’t real or dangerous. Masks don’t work. And so on. When the school district in my community decided to mandate masks, a group of women gathered to protest, saying masks were stupid and unnecessary and COVID wasn’t real. The husband of one of these moms died from COVID not longer after.

The point is toxic people must control the narrative at all times and eliminate unknown and chaos at all costs. They don’t live in reality. Reality has too many unknowns.

Toxic people are superficial. In relationships, everything is surface level. They don’t talk about emotions or motives. They refuse to do any work on themselves.

This is one of the huge failings of megachurches in America. They promote a culture where individuals can pose as leaders for God without having to do the hard work of becoming like God. If you’ve listened to or read about any of the stories recently, from Mars Hill to Hillsong, you see a common thread: leaders without accountability. Leaders who don’t have to go deep with other humans.

Power of any kind without intimacy or accountability leads to toxicity.

So, if your pastor or boss or friend or family member refuses to go below the surface and becomes defensive if you try, chances are you’re dealing with a toxic person.

Prentice Hemphill says, “Boundaries are the distance at which I can love you and me simultaneously.” That’s a great definition. You should write it down.

Boundaries are essential to healthy relationships. They’re also essential to self-care. Boundaries draw the line between what’s acceptable and what’s not so you can protect your peace and joy and all the qualities that give you life.

Hard people will honor your boundaries, if you make them clear. They might make you feel like a cow turd, but they will respect them. Toxic people won’t. Here’s why. Toxic people have no boundaries. They don’t recognize spaces and limitations. They believe the world is theirs. They own the singular deed to the planet.

And if someone thinks they own the world, including yours, you can’t reason with them.

Toxic people see a black-and-white world, and though most people struggle with seeing shades of grey, toxic people don’t struggle at all. The world is black and white, period. Grey isn’t in their color box. They see the world this way because it helps them manipulate people and retain power.

You can’t reason with a person who sees through the lens of absolutes. You can’t have a productive conversation with them.

If you’re wondering whether a person is hard or toxic, listen for trigger words – never and always, for example. “You never do this” or “You always do that.” You can correlate a person’s toxicity with the degree to which they see the world as black and white.

Toxic people never believe they’re wrong. Ever. It’s not that they refuse to take responsibility for mistakes. They don’t believe they’ve made any. Their problems are someone else’s fault. If and when you call them out on this, they become defensive and resort to manipulation and playing the victim.

This is called gaslighting. We should recognize it well. We endured four years of it with the previous president. That’s the problem with gaslighting, though. It’s difficult to recognize.

Toxic people change facts and manipulate circumstances to make you think you’re wrong or that you don’t remember the event properly.

When someone gaslights you, they dismiss your feelings. They never let you talk during conflict. They refuse to apologize, and if they do, the apology looks something like: “I’m sorry you got upset about what I said.” Again, it’s blame-shifting. So, over time, you begin to question yourself. You mistrust what you see. This is what toxic people want. Once you question reality, they have control. Toxic people are always after control.

7. Toxic people must tear others down to lift themselves up.

Toxic people see life as a zero sum game. There can only be one winner, and they are it. They criticize and attack and undermine everyone in their path. Toxic people can’t celebrate or encourage or support other people. They can only tear down.

8. Toxic people take without giving anything in return.

Toxic people are leeches. They ask you to give everything, and when you ask for something in return, they pull from their extensive list of excuses. Toxic people only value you for what they receive from you. They have no conscience about it, either. They don’t care if you’re struggling emotionally or physically. They continue to ask for more.

They feel entitled to your time and energy and resources. It’s your job to improve their life, to make them happy.

Toxic people are chronic hoarders. They take from everyone around them, and they never give anything back, not to those closest to them or to the world. The sad irony is the more you hoard, the less you have. True life is found through giving. It reflects the nature of God, who gives and gives, without expecting anything in return.

Toxic people can ruin your life. There’s nothing noble or virtuous about allowing a toxic person to remain in your life. Jesus didn’t. And he’s our example. We should follow in his steps.

Raising Godly Kids Is Not About Going To Church

Raising Godly Kids Is Not About Going To...

The 7 Most Important Lessons I’ve Learned About...

7 Lies Culture Tells Us About Love and...

Grieving The Loss Of Lovely: The Daughter I...

The Solution To Disappointment, Cynicism, And Disney World

Frank, good writing and introspection. Toxic people rely on the ego instead of self-reflection. My father, a pastor, is a symbol of a toxic person and toxic people learn how to manipulate others into isolation. However, while in isolation, a person has a choice: either continue to feed the ego or learn about what fuels the ego. Know thy self. Take Care